Oral history workshops are an integral part of the projects organised by SPARROW. Women’s songs, folk-songs, ballads and stories have traditionally constituted the oral history of our culture. This time-honoured mode of the spoken word is a living presence among us still and has a contemporary relevance. Giving voice and language to experiences that have hitherto remained muted and marginalized becomes an important act in the preservation of oral histories. Articulating what has been silenced, would, moreover, lead to communication, sharing and interaction. In the course of two years SPARROW invited a number of women to speak to small audiences. These are women, whose lives, however interesting, have remained hidden, and whose experiences, however relevant, have remained unheeded. After every workshop SPARROW brought out a booklet based on the proceedings of the workshop, in the form of a biographical note. Following are the workshops SPARROW held from 1994 to 1999 on some issues and with women from various walks of life.

Four women whose lives have been linked with Science.

Visual History Workshops form a very important part of the SPARROW agenda. Every woman artist has to work within a social and cultural context in which her gender is a constant factor — adding, deleting, enhancing and reducing, all at one time, the quality of her learning process and her work. SPARROW Visual History Workshops have been interested in the way women create space for their expressions and the way they retain that space, sometimes by manipulating a given space, sometimes by creating a new space and sometimes by transforming a given space to make way for different expressions. These workshops were attempts to introduce people to experiences of various artists and their visual work. SPARROW invited artists whose life and careers provide us an opportunity to know how women live and function as artists. The Visual History Workshops were recorded on video. SPARROW also brought out a booklet after each workshop in the form of a biographical note, based on the proceedings of the workshop and on the video recordings done at the residence and workplace of the artist. Following are the artists who were guests at the visual history workshops SPARROW held from 1997 to 1998.

Relationships within the family and romantic relationships outside have been major themes around which the popular cinema has been constructed. Films like Anarkali and Devdas have become film metaphors for tragic love and love destroyed by the family and the society. Young people today see many popular films which are variations of the same themes of family, love and romance but the stress of the education system does not allow them to look at them critically or understand the values and concepts espoused in the films. SPARROW felt it would be a good idea to hold a film viewing workshop where young people can see old and new films leisurely and discuss what these films contain and how they view relationships and where they place women in the family and in society. Alpana Parikh, a journalist, and Professor Prabodh Parikh initiated and moderated the discussion for the High School and college students. 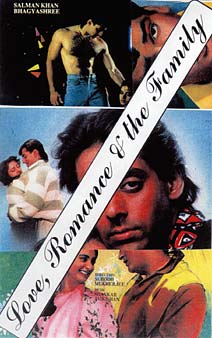 Songs form a major part of Indian Films. Popular cinema is structured around religious songs, lullabies, songs on family relationships, philosophical songs, tragic songs on various situations of life and love songs. These songs have become very much a part of our daily life. Hindi cinema has existed for many years now and over the years the song situations, the locations, the lyrics, the tune and the pace and presentation of the songs have changed. The way a song looks at objects, places and people, specially women, has undergone a lot of changes. This film-viewing workshop was organized to perceive these changes and understand them for what they are. Young people normally see films for entertainment and do not have the time to view them from a historical perspective. This workshop provided them an opportunity to see and listen to Hindi film songs from the Black and White era to the present times in ways in which they normally are not able to do. Film-makers Madan Bawaria and Vishnu Mathur initiated the discussion with High School and college students. 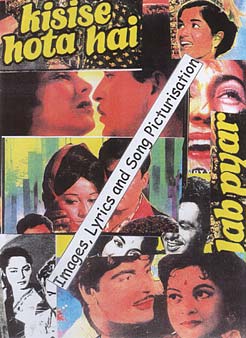 Women in Indian History and Culture through dialogue, discussions, demonstrations, readings and talk-sessions with SPARROW publications and video documentation as foundational material in collaboration with State University of New York at Oswego.

One day workshops at SPARROW

SPARROW conducts one-day and two-day workshops with college students from India and abroad based on its archival material on women.